I’ve had the Olympus FL-600r flash (well, two of them actually) for a few months now, and I had all but ignored the LED light on the front of the […]

I’ve had the Olympus FL-600r flash (well, two of them actually) for a few months now, and I had all but ignored the LED light on the front of the flash. In my mind the LED is for shooting video, and I haven’t done much of that that requires extra illumination.

I was reading a post on Google+ recently that got me thinking differently about the LED on the FL600r. Mark Hall and Bhupinder Siran were discussing the LED on the FL-600r and how it might effect the exposure. Bhupinder was wondering if the LED could be used as a fill light when bouncing the flash off of the ceiling. I didn’t think that the LED was bright enough for that, but it was an interesting idea and it got me experimenting. 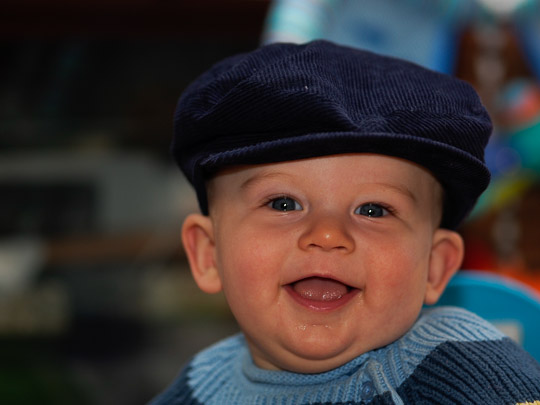 Turns out that the LED adds about 2-stops of light out to around 6-8 feet from the camera. If you’re shooting indoors (family photos around the holidays perhaps) that could be the difference between 1/15sec and 1/60sec shutter speeds. That could make the difference between blurry kids and non-blurry kids 🙂 Keep in mind that the increased exposure will only be on your subject and not the background. Chances are the background will actually get darker because the added light from the LED falls off very quickly behind your subject.

So the basic idea is this: When shooting indoors, angle the flash head so that the light bounces off of the ceiling. This spreads the light from your flash, and effectively makes your tiny on-camera flash act like a larger overhead light source. Bouncing your on-camera flash is usually a good idea, but bouncing off of the ceiling can create unwanted shadows under eyebrows, noses, chins, etc. not to mention if your subject is wearing a hat! That’s where the LED comes in. Turning on the LED on the FL-600r acts as an on-axis fill light and adds just enough light to fill in those unwanted shadows. Your subject’s eyes look brighter and there are no contrasty shadows. It helps the image look more natural and less “flashy”. 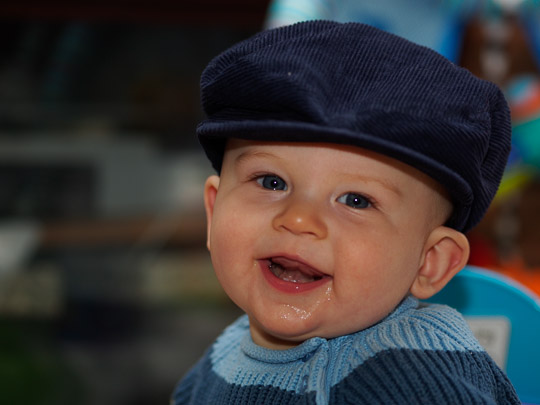 You can use whatever exposure mode you are comfortable with. My settings would be the same for this technique as they are for normal fill-in flash. The TTL flash metering works fine when bouncing the flash, and compensates for the additional light from the LED.

The additional light from the LED can also help your auto focus work better in low light. Most micro 4/3 lenses that I use focus fine in low light, but the LED helps them focus much faster.

I haven’t tried the LED enough to determine how it effects battery life. I used it at a birthday party for a couple of hours today and I didn’t burn through a set of Powerex NiMH AA’s. I simply turned on the LED when I was shooting and turned it off when I wasn’t. The LED does seem to reduce the recycle time of the flash a bit, but I didn’t find it to be a problem.

The LED on the Olympus FL-600r is good for more than just video! It can be a simple fill light solution that doesn’t require any additional equipment or accessories. It also makes a great flashlight in a pinch 🙂