White balance is an import way to control the mood of your photographs. Slight shifts in color can result in big changes to your photos. I have grown to trust […]

White balance is an import way to control the mood of your photographs. Slight shifts in color can result in big changes to your photos.

I have grown to trust the auto white balance setting in my cameras for most situations. Modern cameras do a fantastic job of averaging out and removing color casts. But what about when you WANT a color cast? Thats when you need to think creatively and take control of the color in your photos.

I usually keep my cameras set to daylight white balance if I’m shooting outside. This obviously gives me accurate color when the sun is shining, but it also helps me capture what I’m seeing at each end of the day. Daylight white balance can help to retain the cool colors in the sunrise and the warm glow of the sunset. If you rely on auto white balance, the camera just might average out the color shifts that made you want to make a photo in the first place.

If you’re saying to yourself, “I shoot RAW so I can just change the white balance later”, congratulations- I’m about to save you some time. Why would you deliberately make more work for yourself in post? Wouldn’t it be easier to open your RAW file in the editing program of your choice and have the white balance already set where you want it? I suggest that you make the white balance something you consider before you trip the shutter. Just like aperture, shutter speed, and ISO. The more you get right at the time of capture the less work you have to do later.

Let’s take this shot of my kiddos for example. I had the camera set to daylight white balance, and I was really liking the way this setting captured the blue light coming through the overcast sky on this winter day at the beach. the first shot shows the daylight setting out of the camera, and it’s probably closest to the actual color of the scene. 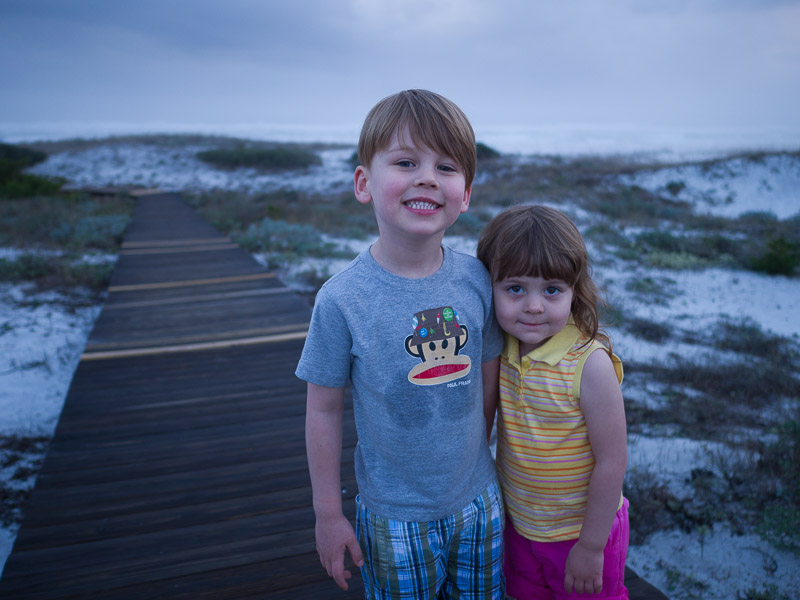 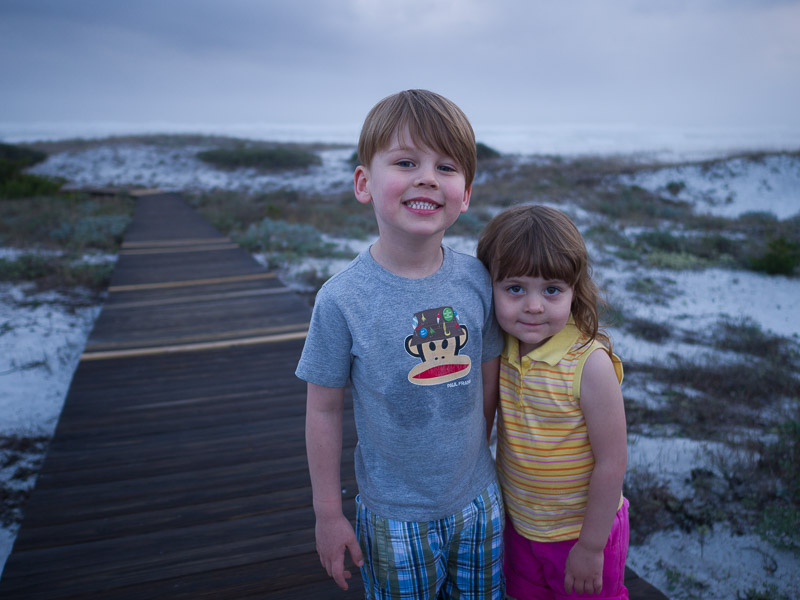 Lucky for us, we aren’t obliged to show our viewers the “correct” colors in a scene. I can change the white balance to show the scene in a different way and change the mood. The second image shows the cloudy white balance setting. You can see that it does away with the blue cast in the first image and (in my opinion) begins to remove the wintery feel of the original. The third version is processed with the shade white balance preset. This preset adds even more warmth and makes a pretty big change from the original. 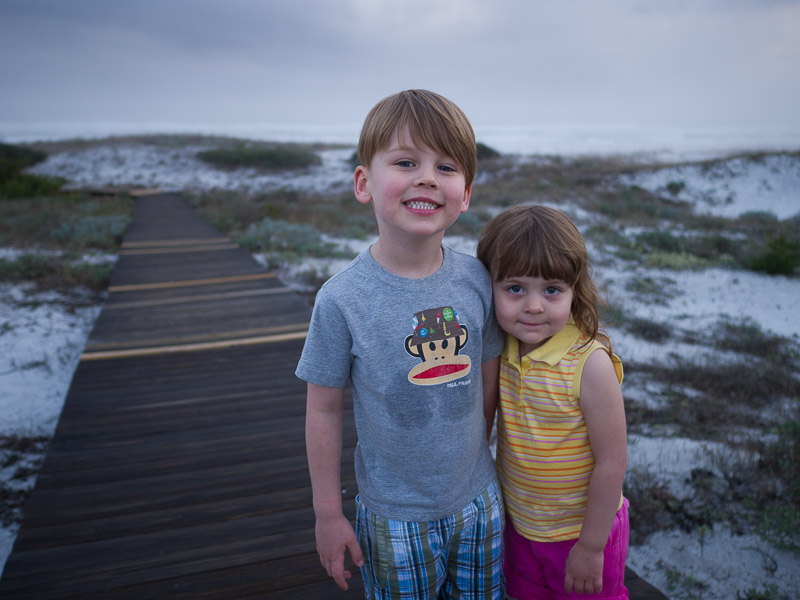 I made the decision about my white balance setting in the camera before I took the shot because of the mood I was trying to capture. Honestly I like all three versions of this image. When it comes time to make a print, I will print the original shot with the blue cast because it reminds me more of this fantastic trip I took with my kids.

Think about your white balance while you’re shooting. Give some thought to the mood you’re trying to create and set the camera accordingly. Try to be more intentional with the exposure AND the color in the images you capture.