A still photography look at the LUMIX GH5 (Updated)

Update: I received a few comments from readers who who report having trouble getting good quality still photos with the GH5. I have added some screen shots from Lightroom with […]

Update: I received a few comments from readers who who report having trouble getting good quality still photos with the GH5. I have added some screen shots from Lightroom with a still image at ISO3200 as an example of the still image quality. This shot was made with the Leica 12-60mm f2.8-4 lens, and I have included the jpeg out of the camera and the processed raw file. I have also updated the images in the post so you can click on them to see the full-size image. 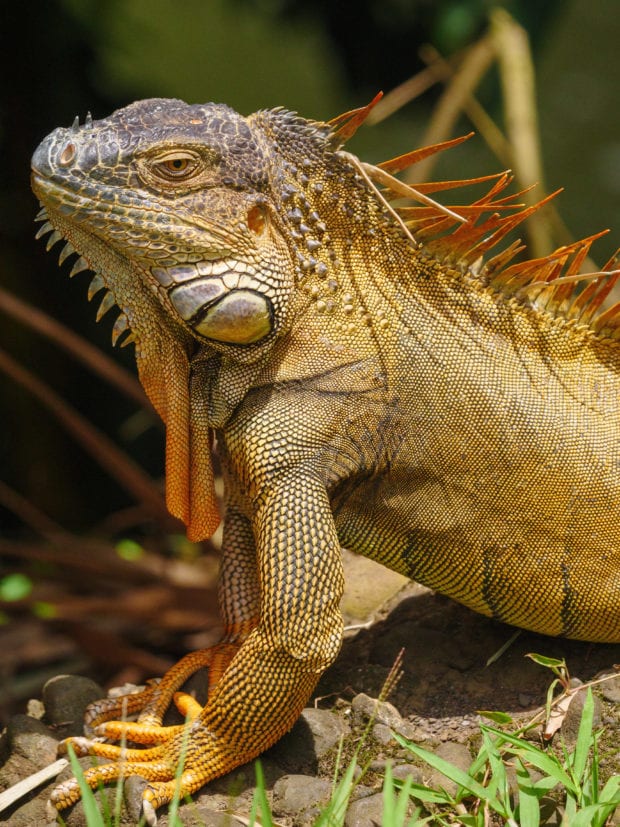 The first LUMIX camera I bought was the GH3. I was using cute little retro-styled m4/3 cameras at the time, but when I felt that familiar DSLR-like shape in my hand I was reminded why cameras had evolved into that shape in the first place. It was comfortable to hang onto all day and I didn’t feel like I was going to drop it. The other thing I love about the GH cameras is the abundance of external controls. I rarely have to go into the menu to change settings while I’m  shooting, and I can make most adjustments without taking the viewfinder away from my eye. The GH5 definitely builds on the ergonomics of its predecessors. It’s a bit larger than the GH4, and I’m so glad! The grip is fantastic. I have a place for my pinky finger, even without the battery grip!

By the time the GH5 came out I had all but abandoned my GH4 in favor of the LUMIX GX8 with its higher resolution, stabilized sensor. The GX8 has been my daily driver since it was released and I think it is a great camera. However, the range-finder-style camera body has limitations for some of the photography that I like to shoot. Mainly for long lenses and wildlife. Shooting the LUMIX/Leica 100-400mm f4-6.3 on the GX8 is not fun for long. The small grip on the GX8 is great with most lenses, but on the 100-400mm it’s just not enough. The external controls on the GH8 are great, but not quite as extensive as the GH bodies. Needless to say I’ve been looking forward to the next GH camera for a while.

I’ll cut to the chase and tell you that I haven’t been disappointed at all with the GH5. It has been a pleasure to shoot with in every situation, and my other camera bodies haven’t seen the light of day since I pulled the GH5 out of the box. Here are some of my favorite features of the GH5… besides the unbelievable 4K video quality.

First and foremost the LUMIX GH5 is a camera, right?! It has a 20.3mp sensor with no anti-aliasing filter. That means there is nothing in the optical path to reduce the sharpness or resolution of the sensor. I shoot a lot of different nature subjects that require all the resolution and sharpness I can get. Leaves, feathers and fur all benefit from the extra sharpness the GH5 has to offer.

Also important for nature photography (and lots of other subjects) is the built-in image stabilization. The GH5 employs the latest generation of what Panasonic calls Dual IS. The sensor is stabilized in the camera, and it works in conjunction with the stabilizer in most LUMIX lenses. This combination gives you 5-axis stabilization that is tuned for the focal length of the lens you’re using. In my experience this system works remarkably well to reduce camera shake and allow much longer shutter speeds without a tripod. 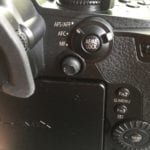 This is the first seemingly tiny addition to the GH5 that I want to mention. Just to the left of your right thumb as you hold the camera is a small joystick you can use to move the focus point or focus area. I have used the touch screen to adjust the focus point for years, but the joystick allows me to do so without taking my eye away from the viewfinder. They also added the sweet little joystick to the battery grip! LUMIX cameras allow you to change the focus point on the touch screen while using the viewfinder, but I use my left eye sometimes and that basically makes that feature unusable. Hooray for the joystick! 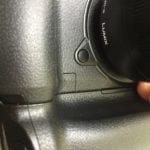 This feature is pretty much a given on a professional level camera in 2017. The GH5 has lots of options for using both slots. I generally use one for photo and the other for video, or one for RAW and the other for jpeg, depending on what I’m shooting at the time. You can also use one for overflow, or record to both cards at the same time for backup.

The auto focus tracking in the GH5 is unbelievable. The 225 point AF and the AF-C mode give you up to 9 frames per second with predictive auto focus. I’ve been using the custom area mode to select the exact AF are I want when I’m shooting moving subjects. Once you set the area you can use the joystick to make adjustments on the fly. For wildlife, sports, or anything else that moves, the GH5 is no joke.

The GH5 has a menu that will be familiar to LUMIX users, but it feels easier to get around than previous models to me. The ubiquitous “custom wrench” menu now contains 5 sub menus so you can go directly to the item you want. There are now tabs on the right side of the screen so you can directly select the tab you want. I always liked the page-up/down feature of previous models, but the tabs work even faster.

Another great addition to the menu is the “My Menu” tab. Here you can save you most used menu items for easy access without scrolling. It’s about time the already excellent LUMIX menu got this upgrade.

Like the GH4 before it, the GH5 has given me seemingly endless battery life. I put one full battery in the camera and one full battery in the battery grip and shot for 4 days. Now, I was not shooting all day each day, but I was out of town with my kids for spring break, and you can bet I made quite a few photos! I was worried that the stabilized sensor would drain the battery faster than the GH4, but in practice it still seems to go on forever.

These features are blowing my mind a little bit. I made a 13″x19″ print of a 6k photo at a camera club event in February, and I could hardly believe my eyes. The GH5 will record 30 frames per second and then let you choose a frame to save as an 18mp jpeg! You can also shoot with the same resolution and choose the focus point after the shot, or do your focus stacking in the camera! I have only scratched the surface of these features, but I’m excited to see what I can do.

Last but not least is my favorite photo style. If you’re a die-hard RAW shooter you can skip this part. For the record I shoot RAW+jpeg, and I frequently end up using the excellent jpegs I get out of the LUMIX cameras. Especially when they are beautiful black and white images as rendered with the l.monochrome photo style. There’s just something about the look of the images I get using this style and the LUMIX/Leica lenses that I can’t get over. For some reason the l.monochrome style never made it into the GX8 and I was delighted to see it in the GH5. 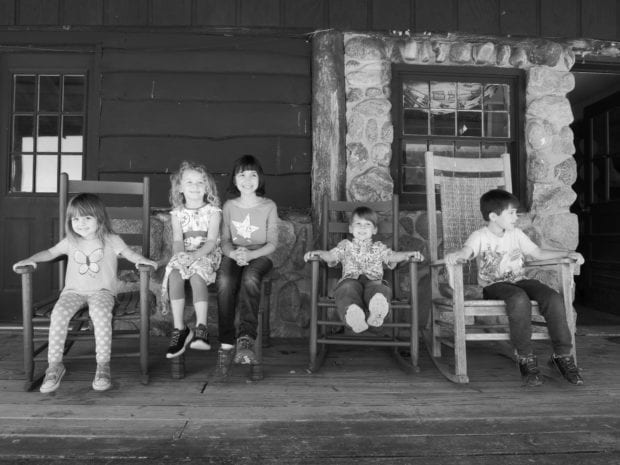 See there! I didn’t mention 4K, waveforms, vector scopes, or any other video stuff. Don’t get me wrong, all of the video features in the LUMIX GH5 are unbelievable. But the fact is I’m mostly a still shooter and this camera is a really great still photography camera. If you have any questions about the GH5 please feel free to email me, and check out the work of my colleagues on the LUMIX Luminary team. I know we are all excited about this new machine!

The following are screen shots with the original image zoomed to 100% in Lightroom Classic CC. These were captured at ISO3200, 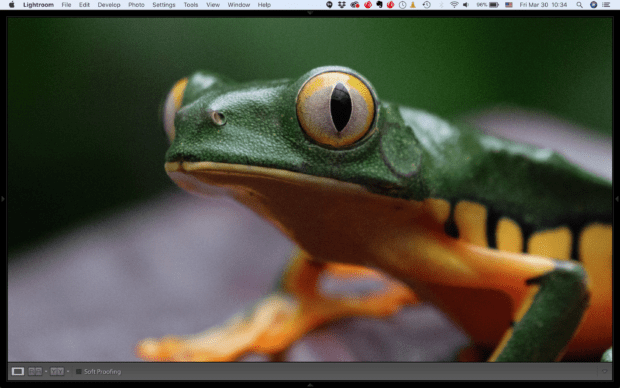 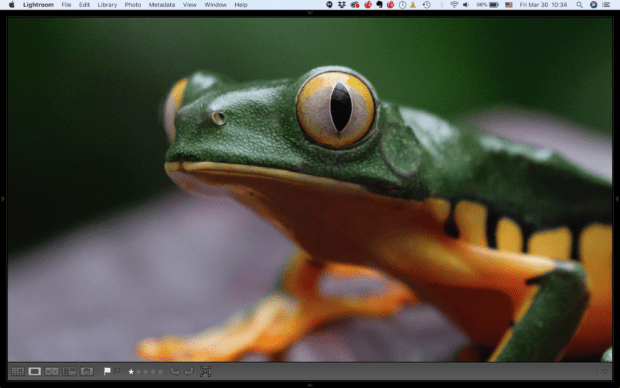 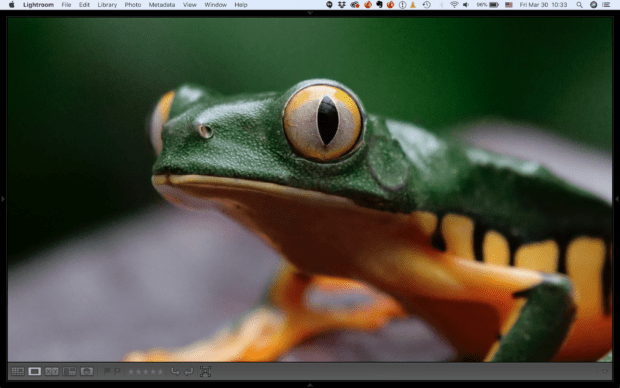