I just spent five days with a pre-production LUMIX GH4. Considering there are only four of them in the US right now, I’m feeling pretty lucky! It was a good week […]

I just spent five days with a pre-production LUMIX GH4. Considering there are only four of them in the US right now, I’m feeling pretty lucky! It was a good week to have a new camera in my hands because I got to use it in two distinct situations. I didn’t get a chance to try out the monster video capabilities, so this will be my impressions from a still photography perspective.

I was in North GA last weekend for the Georgia Nature Photographers Association‘s annual expo. I led two field trips on Friday and folks had been checking out my LUMIX gear all weekend. I had been talking about the imminent arrival of the new model, and there was a lot of interest when I received the GH4 at lunch time on Saturday.

When I first put in a fresh battery and attached a lens I was shocked by the speed of the auto focus. The Camera Store TV review talks about how fast the AF is in the GH4, but until you press the shutter release yourself you just won’t get it. It is virtualy instantaneous. I literally laughed out loud when I saw how FAST the AF is. I was really curious how the new DFD focus technology would work, and I can tell you that it lives up to the hype! I tried it with just about every LUMIX lens and it was rocket-fast across the board. I enjoyed handing the camera to other GNPA photographers and watching their jaw drop when they tried the AF in the GH4.

The other thing that caused slack jaws and wide eyes at the GNPA expo was the 12 frames per second burst rate. I could see the twinkle in the eyes of the wildlife photographers the most. I like the sound of the new shutter, and it is a trip to hear it rattle off 12fps.

Showcase Photo&Video is the dealer sponsor for the GNPA Expo, and they had three pre-orders for the GH4 within an hour of me taking it out of the box. This is a camera that mekes DSLR shooters think this “mirrorless thing” might not be such a bad idea.

I got to shoot with the GH4 a little bit on Sunday afternoon. My family joined me in the mountains after the GNPA event, so I wasn’t really doing any “serious” shooting. By that I mean no tripod and wrangling a toddler while taking snapshots. The responsiveness of the GH4 is remarkable. Everything feels quicker than the GH3. The camera I had is running firmware version 0.5, but I didn’t have any trouble using it like I would any other camera. I love the addition of focus peaking for manual focus. I was trying some focus stacking techniques, and focus peaking made it a lot easier to tell where I was focusing. 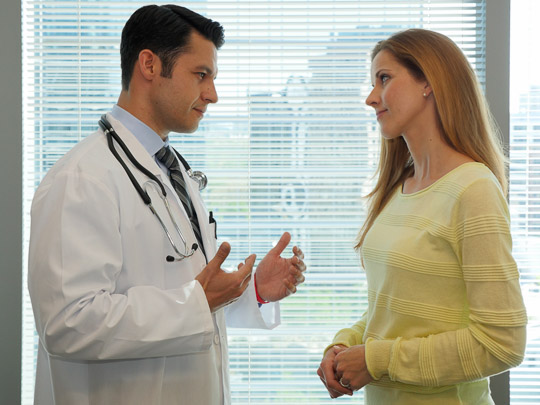 Now for something completely different… On Wednesday I had a gig shooting still photography for a commercial project. There was a film crew shooting a commercial, and I made some still photos for use on the company’s website and print ads. It gave me a chance to use the GH4 in a “real-world” situation, and it performed beautifully. The AF impressed me (again!). The new face-detect AF works well, and now has a visual indication of which eye it is focusing on.

I shot most of what I needed with the hot lights the film crew was already using, but I used an FL360L flash for fill light in a few shots. The TTL metering worked well, as the LUMIX system does in general. I shot at ISO 200 and 400 with the noise reduction set to -5. Since Lightroom doesn’t support the GH4’s raw files yet I was shooting large JPEG’s. I kept an eye on my histogram and had no problem with the images that I delivered to the client today.

I had to send the GH4 back today, and I am more anxious than ever to get one to call my own. I will have one at Florida’s Birding Photo Fest at the end of April and I will get to do some serious shooting while I’m there. This is a serious machine… and I haven’t even started with the 4k video!