Three Months With the LUMIX GX7

I appreciate the folks who spend so much time reviewing new cameras. They seem to have it down to a science, and I’m sure there are checklists, shot lists and […] 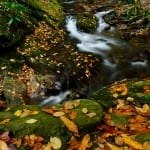 I appreciate the folks who spend so much time reviewing new cameras. They seem to have it down to a science, and I’m sure there are checklists, shot lists and spread sheets involved. I don’t put that much science behind my reviews, but I offer my opinion after what I feel is “enough” time spent with a particular product. That varies greatly depending on the product and how much writing time I have.

In the case of the LUMIX GX7 I’ve been using it almost every day for three months. I didn’t necessarily intend to wait this long to write a “user report”, but I definitely think I have put the GX7 through it’s paces! Since I’ve had the LUMIX GX7 I have taken a road trip from Chicago to Atlanta, taught a photo workshop in Costa Rica, shot a short film, shot a beach wedding in Mexico, taught a photo class in Vegas, shot my favorite band (X) from “the pit”, taught several hybrid photography workshops in the Atlanta area AND made dozens of photos of my son in various pumpkin patches. As I said: “I have put the GX7 through it’s paces”! 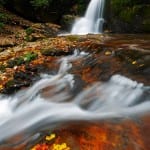 The LUMIX GX7 feels good in my hand. The grip is a nice size and the buttons don’t feel cramped to me. I can’t quite operate everything without taking the camera from my eye (like the LUMIX GH3), but it is still very easy to operate. The only thing I’m not crazy about is the location of the movie record button. It is behind the shutter release and front dial and slightly further left. I feel like I always have to look for it when I need it.

The GX7 handles well with every lens I have put on it. The smaller primes make a nice “street” package, but it doesn’t feel off balance with the (relatively) large LUMIX 100-300mm lens either. I used the 100-300mm a ton in Costa Rica and it makes a great lightweight wildlife setup on the GX7.

The tilting EVF is fantastic. It is so easy to get out of the “eye level” shooting mindset when you can tilt the LCD AND the EVF. I’m 6’3”, so I am shooting down at most portrait subjects. By tilting the EVF I can put the camera lower for a more natural angle for shorter subjects. I can do the same thing by tilting the LCD, but I prefer to use the EVF when possible.

While there are not as many video codecs and frame rates as the LUMIX GH3, I find the GX7 more than adequate for what I normally shoot. I usually shoot 24p full HD footage and the GX7 does a great job with it. The focus peaking feature makes the GX7 work better (easier anyway) than the GH3 in some situations. I shot most of my recent short film with the GH3, but the scenes I shot with the GX7 look just as good. It is a shame the GX7 doesn’t have an external mic input, but I have a GH3 if I need that.

I wish the GX7 was weather-sealed. I brought my GH3 out in Costa Rica a few times specifically because of the weather-sealed body. It’s nice to know that if you get caught in bad weather you won’t have to put your camera away or use a clunky rain cover. The high humidity didn’t seem to bother the GX7, but I didn’t take it out when it was actually raining. For the record I have used the GH3 in the rain several times with no problems.

I “feel” like I used my GH3 bodies in Costa Rica more than I used the GX7, but most of my favorite shots are from the GX7. I mentioned using the LUMIX 100-300mm lens, and I used the LUMIX/Leica 45mm f2.8 macro on the GX7 a lot as well. The GX7 is a great macro camera. The small form factor really stays out of your way in tight spaces, and the tilting EVF and LCD let you put the camera virtually anywhere while you’re framing a shot.

I wasn’t surprised that the GX7 did a great job with fine details like bird feathers and animal fur. 16mp is plenty of resolution for most things. I have some beautiful 24″x30″ prints of hummingbirds and tree frogs that show incredible detail from the GX7.

Battery life in the GX7 is good, but not as good as the GH3. I change batteries more often in the GX7, but I don’t remember going through 2 batteries in one day. Shooting video and using wifi will definitely make a difference in your battery life.

Speaking of wifi… I have been using this feature more and more with the GX7. I made a musician’s portrait in Nashville over the summer and emailed her the photo from my phone while we were chatting. That’s pretty cool! It’s also handy when I make a good photo of my son and I can upload it and send it to my wife without running it through the computer first. I’m not in the woods shooting waterfalls tethered to my iPad yet, but I see more value in the wifi functions every day.

I’m shooting jpegs more and more since the GX7 has so many options for fine tuning your images in-camera. I will still shoot raw+JPEG a lot of the time, but I use the jpegs more often than not.

The GX7 has the iDynamic and iResolution tools of previous LUMIX cameras, but they are a bit more refined and predictable in the GX7. IDynamic works to boost the shadows much like the Shadows slider in Lightroom or camera raw. IResolution is similar to the Clarity slider, but with more of a sharpening effect than contrast.

The highlights/shadows curve is a welcome addition to the GX7 as well. you can fine tune the contrast in your images with this handy setting and see the results live before you make a photo. Curve presets make this tool even more handy. There are a few presets built in and slots for saving your own favorite curves.

These tools also work for the in-camera HDR function. I’ve had some really impressive results by combining iDynamic and highlights/shadows adjustments when shooting HDR. I would recommend shooting on a tripod when you try it. The alignment and de-ghosting tools in the camera are not as good as HDR software like Photomatix or photoshop.

What about the GH3? 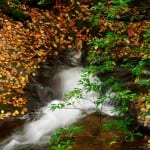 There are times when I still reach for my GH3 bodies. If I’m going to have a camera in my hand all day I will grab a GH3. The grip on those cameras is so comfortable and the button layout makes them really easy to shoot and adjust on the fly. The GH3 also balances better with a flash on the camera.

I shot a recent wedding with GH3’s as well. Not because it was a long shoot, but because I have two GH3’s. I had the LUMIX 12-35mm f2.8 lens on one body and the LUMIX 35-100mm f2.8 on the other. When you have to change on the fly I find it much easier to use two of the same bodies. That way the only difference in the cameras is the field of view, and you don’t have to think about controls and settings too.

I went to North Georgia to hike one of my favorite trails and shoot waterfalls last week. I took a LUMIX GX7 and a LUMIX GH3. I had a lens on each camera all ready to shoot. I found myself taking the lens off of the GH3 to use it on the GX7, and I didn’t even turn on the GH3 all day. If you had asked me which camera I prefer I would have said the GH3, but I guess I enjoy shooting the GX7 more than I realized!

The images in this post are all jpegs out of the LUMIX GX7 with no post processing except resizing.