The MagBeam from MagMod makes your flash work with your telephoto lens. In my experience, flash tends to be the most mysterious device in most photographers’ bag. Most of my […]

The MagBeam from MagMod makes your flash work with your telephoto lens.

In my experience, flash tends to be the most mysterious device in most photographers’ bag. Most of my workshop clients have one, but most of them never use it. Maybe they were told that they needed one, or maybe it just seems like something a photographer should have.

There is one thing that my clients need in order to use their flash for the wildlife photography we tend to do on my workshops- a flash extender. A flash extender is basically a fresnel lens that is held in front of your flash in order to project the light from the flash at a greater distance than the flash alone can do.

I’ve used a flash extender called the Better Beamer for years. It does a nice job of focusing the light for my 300mm+ lenses, but it is kind of flimsy. If you’re using a tripod they are fine, but if you move around a lot, like I do, The Beamer tends to shift and need constant adjustment. They are each molded for a particular flash model. That means if you want to use a Better Beamer on a non-supported flash model you have to “make it work” and the results are often less than ideal.

Enter the MagMod system. MagMod offers a range of flash modifiers. The system is built around a stretchy silicone band with strong magnets in it that wraps around the end of your flash. All of the modifiers simply stick to the band using their own magnets.

The modifier I’ve been using so far is called the MagBeam flash extender. It is a collapsible silicone cone with the fresnel lens mounted into the end of it. It’s really as simple as that. Once you have put the silicone “MagGrip” onto your flash, you simply pop open the MagBeam and stick it to the front of your flash. 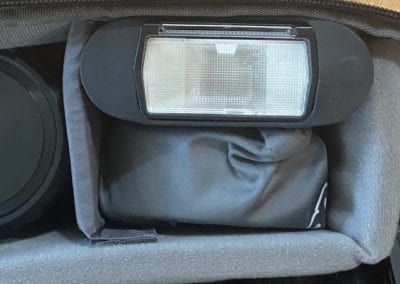 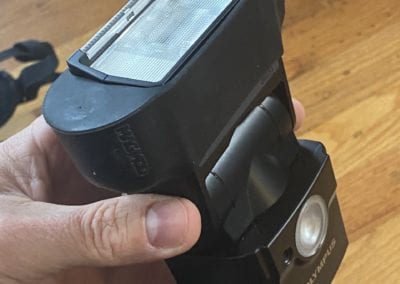 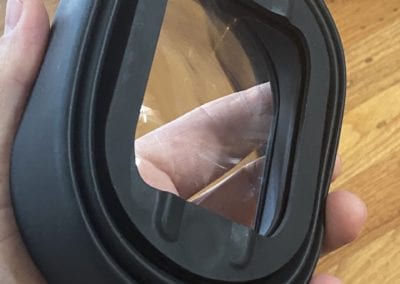 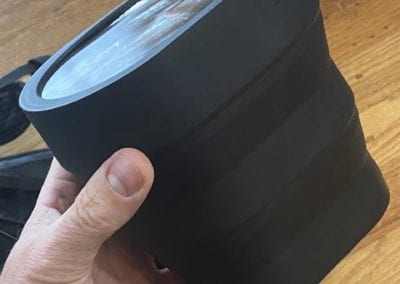 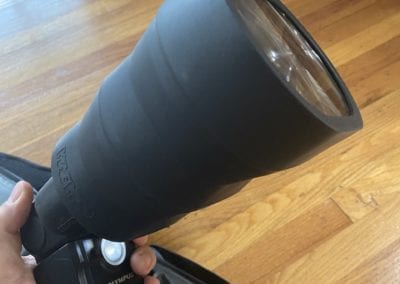 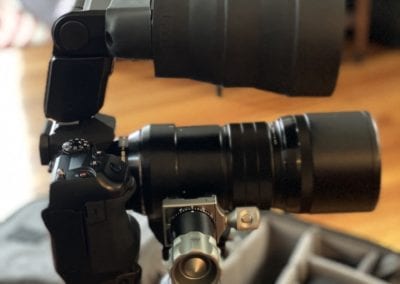 I used the MagBeam with the Olympus FL-700wr flash on my E-M1X with the 300mm f4 pro lens with and without the MC20 and MC14 teleconverters. The extender worked beautifully with no hot spots or dark areas where the flash didn’t cover.

I love how rugged the MagBeam is! I didn’t worry for a second about bumping into anything or dropping it. Speaking of dropping it… the MagBeam hasn’t fallen off of my flash ONCE. It stays on until you take it off. And when you’re done with it, you collapse the silicone body of the MagBeam and it fits right into your bag. It really is SO easy to use.

I began my last workshop in Costa Rica with a flash class and a demonstration of the MagBeam. Once everyone got the hang of it, the MagBeam was on most of the cameras most of the time! It makes such a huge difference to fill in shadows and make fur and feathers pop. Especially when your subject is in shade or mixed light, like the jungle canopy. A flash extender also adds the catch light to your subject’s eye. A catch light makes a huge difference with wildlife photography, and it really makes your subject come alive in your photos.

Let me be clear about fill flash. We are talking about a little pop of light that adds to the ambient light. A flash extender doesn’t work like a the main light in a studio setting. We are not using enough flash power to hurt an animal’s eyes or even bother them at all.

I’ve looked online, but I haven’t found a lot of nature photography examples with the MagBeam. I’m not sure why because it definitely get’s the job done.

My next project is going to be trying some of the other MagMod accessories for macro photography. I’m hoping that I can use a single system for everything I need a flash for in the forest. Fingers crossed!

Special thanks to my friends at Hunt’s Photo and Video for providing me with the MagBeam!