In the wild with the Olympus FL-600r Flash

I have been spoiled by the Nikon CLS system for the last few years. The Nikon speedlights seem to “just work” most of the time. I was really curious to see […] 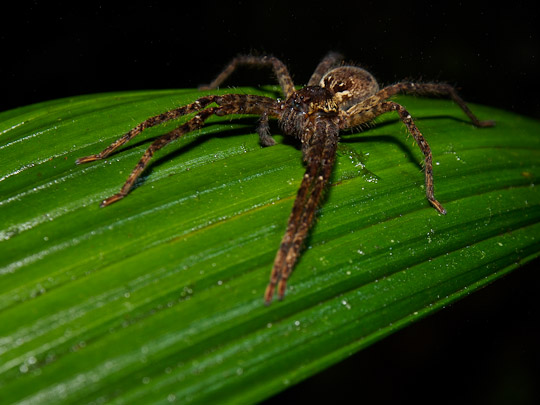 I have been spoiled by the Nikon CLS system for the last few years. The Nikon speedlights seem to “just work” most of the time. I was really curious to see how the Olympus OM-D E-M5

. The E-M5 can control 3 groups of speedlights wirelessly using the pop-up flash on the camera. 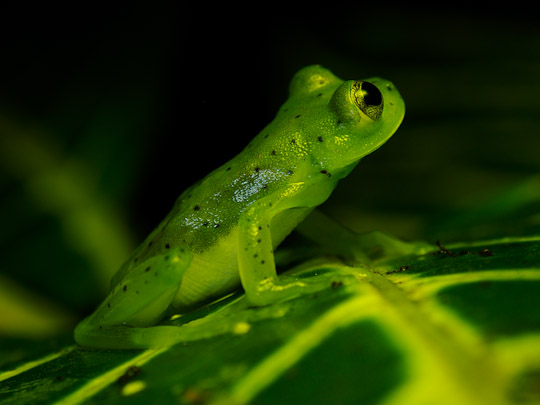 To make a long story short, I have been blown away by the Olympus flash system. The metering and fill-flash works beautifully and usually without much fuss. The spider and tree frog photos were made with the Olympus M.ZUIKO DIGITAL ED 12-50mm

“kit lens” using the macro setting. I had one FL-600r flash on the camera with the wide-angle diffuser in place. Since I was working so close to the subjects I used the wide-angle diffuser to help spread and soften the light. The flash was in “fill-flash” mode using TTL auto mode dialed down about 1 stop. No matter what the macro subject was the TTL metering did a great job with the exposure. Some systems I’ve used (cough*Canon*cough) make drastic changes to the exposure depending on small changes in subject or background brightness, but the Olympus generally nailed it. 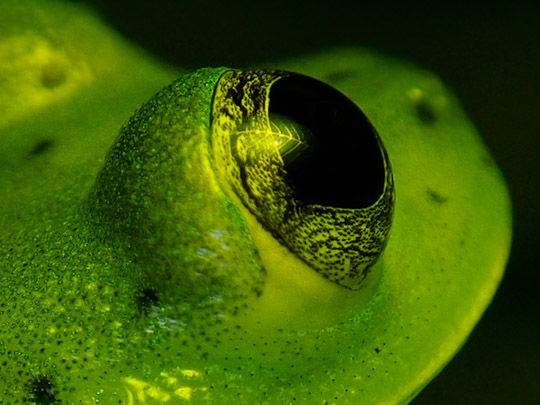 In the happy accident department… Here’s a 100% crop of the tree frog photo. I accidentally had a leaf in front of the flash when it fired. Not only did the TTL metering nail the exposure anyway, but it created a cool leaf-shaped catchlight in the frog’s eye! I wish I had meant to do that, but you can bet I’ll do it on purpose next time 🙂 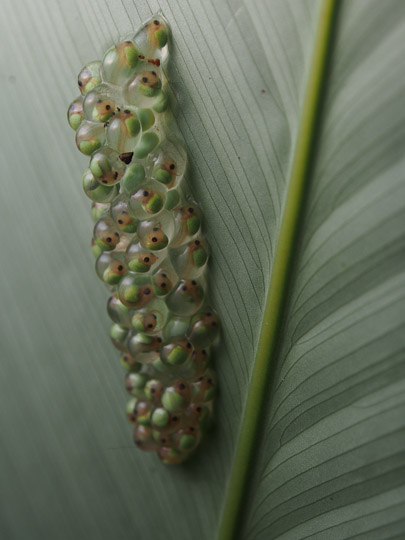 I also used the FL-600r with a LumiQuest SoftBox III

. This shot of red-eyed tree frog eggs was made by one of our attendees, Nicole Widmer. I was holding the FL-600r with the softbox just out of the frame to maximize the relative size of the light source and make the light as soft as possible. This shot was also made with my 12-50mm lens in macro mode. 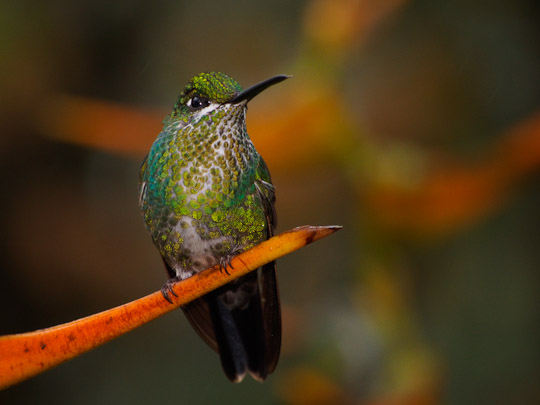 Last but not least is a hummingbird shot with the flash on the camera. I was using the Panasonic 45-200 lens at 200mm. Even at the longer distance the flash did a nice job of filling the shadows and making the colors pop. The flash also creates a catchlight in the eye and adds a little life to the image. The flash was in fill-flash mode dialed down 1 stop.