A few thoughts about image quality…

I was hired recently to help a man named Bill Nelson with his digital workflow. Bill has been making pictures since he was fourteen, and that was sixty years ago. […] 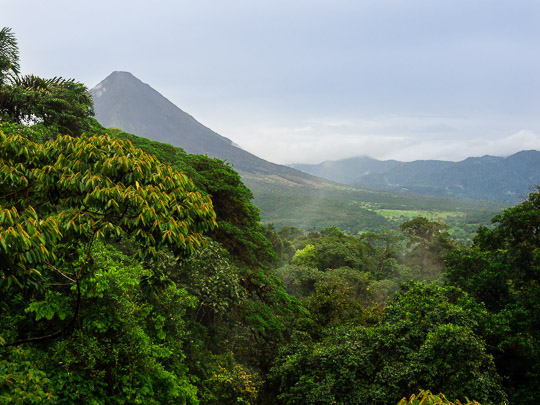 I was hired recently to help a man named Bill Nelson with his digital workflow. Bill has been making pictures since he was fourteen, and that was sixty years ago. He is a professional architectural photographer and he sells fine art prints through a few art dealers. Bill almost exclusively shoots film, so I was basically there to help him scan and catalog his negatives so he can print them on his Epson 4880. I got his computer up and running, but I think I actually gained more from our sessions than Bill did.

I relish the chance to talk with an experienced craftsman. Especially when a craft has come as far as photography. Bill still shoots 4×5 and 8×10 film for his architectural work and has both color and black & white darkrooms in his house. It is fascinating to hear about the people, places and techniques that span his sixty years and counting behind a camera.

As I was helping Bill figure out the develop module in Lightroom 4 I noticed that we talked about images in a different way than I’m used to. We talked about quality of light a lot. Bill likes a certain aesthetic for his fine art work, and we talked about how far he would travel and how long he would wait for the light to be just like he wanted it. We talked about composition too. He would point out why one image is better than another because of some seemingly insignificant element in the background.

One thing we almost never talked about was cameras. We didn’t debate full-frame vs. cropped sensors. We didn’t talk about high ISO performance, auto-focus speed, frames per second, etc, etc. We DID talk about lenses a little bit. Bill likes the way a “normal” (50mm in full-frame terms) lens renders a scene in a realistic way. He doesn’t like the way a wide angle lens distorts a scene or how a telephoto compresses space. Not this brand vs that brand, but how focal length affects an image.

By modern digital camera standards Bill’s fine art images are terrible. There is lots of grain, color “noise” and even some banding. The fact is that Bill does all of that on purpose. He waits until his Velvia film expires before he shoots it, then he develops it himself to enhance the aberrations. Bill tells me that anyone can make a perfect picture, it’s the inconsistencies that make it art. He gets the subject, light and background just like he wants it and then lets nature take it’s course.

The lesson that Bill taught me was that the “quality” of an image comes from the content, not the capture. Of course, the more you know about your tools the more effectively you can make the images you envision. You should know your camera to the point that you don’t have to think about it. I’d say the lens you choose has the most immediate effect on how your image looks. Find a lens or lenses that render a subject in the way you like it. Then you can really focus on the light, mood, composition, etc. Your subject, background and especially the light are what make the biggest impact on your images.